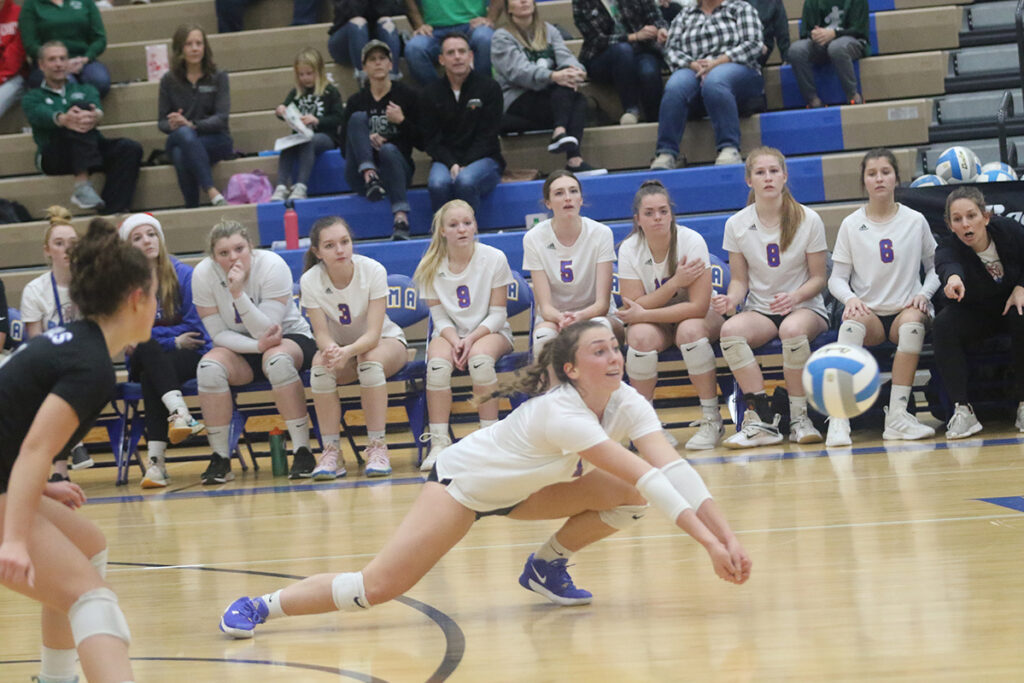 Photo by Kip Kovar
The Watertown-Mayer volleyball team is playing well at the right time as the postseason is about to get underway later this month.

WATERTOWN – It wasn’t easy, but the Watertown-Mayer volleyball team came away with a sweep of Howard Lake-Waverly-Winsted in their matchup. The Lakers gave the Royals all they could handle and more but it wasn’t enough as W-M made just enough plays at big times in a 3-0 sweep of HLWW on their home floor Oct. 6.

Playing without one of their offensive threats, the Royals came together and got the win. Kate Thibault led the charge with a team-high 12 kills to go along with 13 digs. Haley Baker and Libby Burns each added seven kills apiece while Mallory Czinano chipped in five kills. Burns also had a team-high 15 digs while Ashley Peterson (13 assists) and Addison Leuthner (14 assists) were in charge of keeping things moving.

ROCKFORD – Looking to string together another win, the Royals did just that as they went on the road and picked up a 3-0 sweep of the Rockford Rockets Tuesday night.
Rockford held in there during the first two sets before W-M closed out the sweep with a 25-9 win in set three.
With the win the Royals improved to 18-7 on the season and 5-1 in the Wright County Conference West. The Royals have one more conference match and one more non-conference match left in the regular-season. W-M is ranked No.9 in the latest Class AA poll.

West Carver news delivered to your email every Friday morning.
Enter your email address in the box below:

Want your business to be found here? CLICK HERE to find out how.

Find awesome listings near you!