WINSTED – There’s no one better in the Crow River Valley League to turn to on the mound than Holt Hunziker. That’s exactly what the Red Devils did in their postseason opener as Hunziker continued to be dominant on his way to leading Watertown to a 5-2 win over the Hollanders to open the Region 7C Tournament.

Hunziker took a no-hitter into the seventh inning as he was in control throughout. He allowed just three baserunners through six innings before Torben Urdahl broke up the no-hitter in the seventh with a two-out double. For the game, Hunziker went seven and a third innings giving up
just two runs on two hits while striking out 11. Jonah Lewis was just as dominant for the Red Devils in relief as four of his five outs he recorded via the strikeout.

With how good the pitching was for Watertown, the offense was just as good in key spots in the win. Ben Smith put the Red Devils up 1-0 with an RBI single in the bottom of the first and Watertown just kept on rolling from there. They would add on one more in the third thanks to a solo home run by Zach Iten and two more
in the fifth with one more in the seventh to seal the win.

WINSTED – Just one win away from another state tournament appearance, things weren’t easy for the Red Devils in their matchup with Green Isle. Watertown trailed 4-2 heading to the bottom of the seventh, the Red Devils took control of the game scoring six unanswered runs to top the Irish 8-4 and claim the first
state tournament bid from Region 7C with the victory.

Offensively, Ryan Hangartner and Nick Trucke each had two hits apiece to lead the way. Tschida and Smith each scored a pair of runs while Nichols finished with two RBI.

Tschida was big for Watertown in relief as he picked up the win on the mound. He went the final four and two-thirds innings allowing no runs and no hits while striking out seven and walking six. After walking the first batter he faced, he retired 14 in a row to close out the game and seal the win.

With the pair of wins, Watertown has already secured a spot in the Class C State Tournament. They’ll return to action Saturday in the seeding round where they will face off against No. 3 Waconia. The Lakers beat Brownton and Plato on their way to grabbing the second state tournament bid from Region 7C. Waconia and Watertown will face off Saturday at noon at Denis M. Campbell Field in Winsted. The winner will advance to the Region 7C title game while the loser will play again at 6 p.m. in the seeding round. 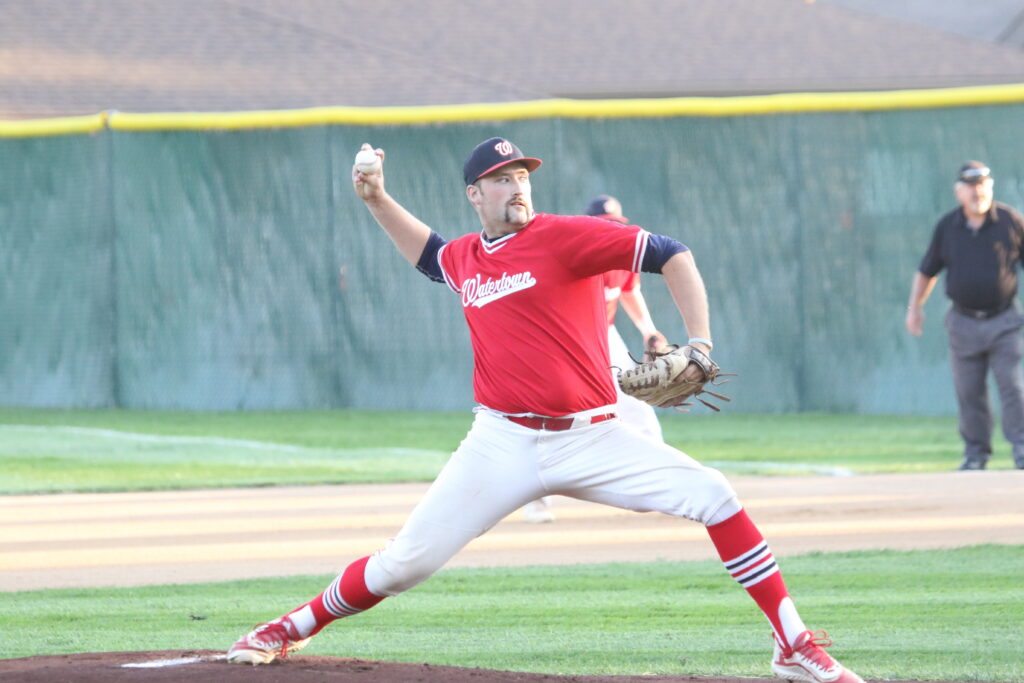 Holt Hunziker took a no-hitter into the seventh inning forWatertown in their 5-2 win over the Cologne Hollanders to open up the Region 7C Tournament.

West Carver news delivered to your email every Friday morning.
Enter your email address in the box below:

Want your business to be found here? CLICK HERE to find out how.

Find awesome listings near you!